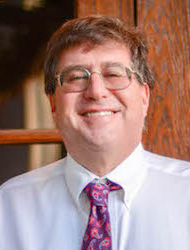 For nearly 30 years, San Diego family law attorney Roy M. Doppelt, Esq. has been providing clients in Southern California with comprehensive legal services. He is currently an active member of the California and San Diego Bar Associations, and he is admitted to practice law in both California and Illinois state courts, as well as the Federal District Court for the Southern District of California.

Roy was raised in Chicago and attended the University of Michigan at Ann Arbor. He relocated to California to attend the California Western School of Law, where he obtained his J.D. in 1988, graduating with honors. He thereafter passed both the California and Illinois bars, and he currently serves clients in and around the greater San Diego metropolitan area. Roy is experienced in all matters related to separation and divorce, child custody, child support, spousal support, adoptions, paternity proceedings, and modifications of final judgments, among other family law issues.

When a couple with young children is going through a divorce, child custody and visitation often becomes a complex and hotly contested issue. A court will focus on the best interests of the child when determining a custody arrangement. This can encompass a wide range of factors, including the ability of each parent to care for the child, any health issues related to the child or the parents, any history of domestic violence or substance abuse by a parent, and the child’s educational opportunities. A custody decision affects both where a child lives (physical custody) and which parent has the right to make important decisions for the child (legal custody). It is generally joint, but it can be awarded solely to one parent if the situation requires.

A court order regarding custody can be modified if one parent can show that there has been a substantial change in circumstances. If a parent who has custody seeks to relocate with the child, moreover, the court may need to revisit the custodial arrangement if the other parent opposes the move.

A child custody dispute is just one area in which Roy’s assistance and representation may prove vital in helping you move forward from a divorce.

Roy’s goal is to provide his firm’s clients with the support that they need in meeting their personal challenges. In family law matters, the situation can be emotionally charged even before any dispute develops, and the stakes are high for each spouse and their children. When your future is on the line, you should not try to navigate legal procedures and detailed statutes on your own. Roy keeps his clients informed about what the law requires, as well as the range of outcomes that they can realistically expect. He thoroughly lays out for his clients the different options available to them, as well as the short- and long-term consequences of pursuing any particular course of action.

In practical terms, Roy is conscious of his clients’ time and economic concerns. He tries to resolve cases efficiently, always bearing in mind a client’s specific goals and priorities. If you need a family law attorney in the San Diego area, you can count on him to be a zealous legal advocate on your behalf.

Awards and Honors
Contact Us
Family Law
As Viewed On

Client Reviews
★★★★★
Thank you for your time and energy on this case, you took so much of the worry away from me! I appreciate all of your help. I will use and recommend you to other in the future. T.S.
★★★★★
I want to take this time to thank you and your staff for an outstanding job with my case to terminate spousal, you are an excellent attorney Roy, and your staff is very professional and considerate to my questions and concerns of my case. Thank you very much again. T.Y.
★★★★★
I wanted to say how much I appreciate your help and advice in regards to my name change. Your assistance during this time has been invaluable. Thank you again. M.J.
View More
Submit a Law Firm Client Review
Contact Us