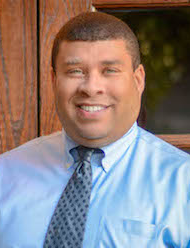 Damon B. Forney, a qualified Lawyer, Esquire, and a shareholder at Doppelt and Forney San Diego Divorce, California. He is a Certified Family Law Specialist by the State Bar of California. His representation includes all the family-related legal matters. He has more than twenty years of experience in the respective field and has been an ex-federal and San Diego County prosecutor. He received his academic scholarship from Case Western Reserve University back in 1994 for the Juris Doctor program, which extended till 1997. Earlier, he got his B.A. degree from the University of California in 1993. Damon is the one and only family law specialist certified by the state bar in San Diego, which proves his worth in the respective field.

Attorney Damon Forney is the only San Diego Certified Family Law Specialist who was a former Deputy District Attorney and Assistant US Attorney in San Diego. Attached is a brochure from the State Bar of California titled, "What Can A Family Law Certified Specialist Do For You?"

He was excellent at academics and also got an academic scholarship mentioned above and has many academic achievements. He is a member of many notable authorities and associations discussed below, which further adds up to his already vibrant profile. These are a few reasons that make Damon an outstanding attorney and the choice of many clients. Being a partner at Doppelt and Forney San Diego Divorce Lawyers also makes the ground more firm for his clients and stability.

Damon has been a member of California State Bar since 1997, the American Bar Association for years 1997-2001, San Diego County Bar Association since 1999, Community Outreach Volunteer of the San Diego Superior Court for the years 1998-2000 and a member of the Earl B. Gilliam Bar Association. He has been consulting with clients and providing legal represenation with legal matters related to families since 2007 that include paternity actions, divorce, and guardianships. He also has experience in child custody and visitation and parenting plans. He was an Associate Attorney at the office of Matthew M. Kremer and handled many custody and visitation cases there as well as division of assets and debts. His experience includes litigation and also settlement.

Damon also has been at the U.S. Attorney’s office in Southern District of CA, where he was Assistant United States Attorney from October 2001 to December 2003. There he was directed to the division of general crimes and border crimes. He got the knowledge and expertise of and practiced the involvement of all immigration-related crimes frauds and narcotic crimes. He also maintained active motion practices that included writing appeals to the Ninth Circuit. Initially, at the U.S. Attorney’s office, he was appointed to the division dealing with the general crimes and border crimes. He was directly involved in all the phases of the federal prosecution and the investigation of narcotics offenses, frauds, and immigration crimes.

At Hillyer & Irwin, San Diego, CA, Damon was an Associate back in June 2000 to December 2000 and was a member of the business litigation practice group. There at Hillyer & Irwin, a few of his responsibilities included conducting different researches regarding taking and defending depositions, drafting discovery requests, drafting dispositive motions, complaints, and responsive pleadings as well as responding to discovery and other legal work.

Damon was the Deputy District Attorney in San Diego from February 1998 to June 2000 and from April 2001 to October 2001. There he was responsible for taking interviews of witnesses and victims, issuing felony and misdemeanor cases, negotiating pleas, trial experiences, conducting cause hearings and writing motions, and appeals. Not just this, but at the office of the District Attorney, Damon was also responsible for prosecuting misdemeanors and felony cases against those accused of crimes. He received extensive trial experience there, which added a great value to his experience in the fields of law and criminal justice and increased his expertise in the respective fields.

Damon Forney, Esq. can be contacted through the Law Office of Doppelt and Forney, APLC of which he is a partner. A free in-person or virtual consultation can be requestd by calling 800-769-4748. This consultation is confidential and will address legal strategies for protecting rights and also for obtaining legal goals. It is very important to have accurate information when making such important decisions and Damon can help. The law office is staffed with full time California licensed attorneys experienced in family law as well as paralegals and other staff to assist. Their office is very conveniently located off the I-15.  Please feel free to bring a list of your legal questions and legal goals to the consultation as many forget when they are in the attorney’s office.

Member of the California Bar
Member Since: 1997

Community Outreach Volunteer of the Superior Court
Member Since: 1998-2000

Law Office of Matthew M. Kremer
San Diego, California
Associate Attorney, September 2005 - September 2007
Assigned to the General Crimes division. Involved in all phases of the investigation and federal prosecution of crimes of violence, narcotics offenses and fraud. I also maintain an extensive motion practice which includes writing and arguing appeals before the Ninth Circuit

Client Reviews
★★★★★
Dear Roy, I would like to thank you and all team members as well as office staff for helping me defend in this case. It has been a difficult time for me during the last couple of weeks, and now because of this success result, I am able to move forward with my new chapter of life, even a little late at this age!!! Again with much appreciation, I wish you all to continue to do the same with a big heart as it was with me, in helping those who are in need of your professional services. W.
★★★★★
Thank you for your time and energy on this case, you took so much of the worry away from me! I appreciate all of your help. I will use and recommend you to other in the future. T.S.
★★★★★
I want to take this time to thank you and your staff for an outstanding job with my case to terminate spousal, you are an excellent attorney Roy, and your staff is very professional and considerate to my questions and concerns of my case. Thank you very much again. T.Y.
★★★★★
I wanted to say how much I appreciate your help and advice in regards to my name change. Your assistance during this time has been invaluable. Thank you again. M.J.
View More
Submit a Law Firm Client Review